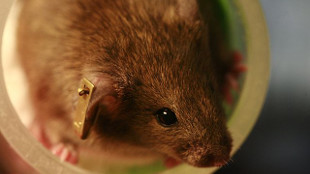 Researchers have assigned phenotypes to around 150 mouse genes, according to a study published in Nature Genetics this week (July 27). An international group of scientists working with the European Mouse Disease Clinic (EUMODIC) altered 320 genes within individual mouse lines and put the animals through a battery of tests to understand what each gene did. About half of those genes were previously of unknown function.

“The standardized practices that have been developed through this research allow multiple centers to work in concert to generate robust, reproducible data,” study coauthor David Adams, a geneticist at the Wellcome Trust Sanger Institute said in a statement. “In the long term, this streamlined approach and the availability of the data from these studies will significantly reduce the number of animals used in research.”

The researchers examined more than 27,000 mice to categorize the phenotypes the mice developed as a result...

“Our findings with regard to the genes examined . . . form an excellent basis on which we and other research groups can develop and test new hypotheses,” study coauthor Martin Hrabe de Angelis, director of Institute of Experimental Genetics at the Helmholtz Zentrum München in Germany, said in a statement.

Over the next decade, EUMODIC said it plans to identify roles for 20,000 mouse genes that will be stored in a database of mouse gene functions by the International Mouse Phenotyping Consortium (IMPC).