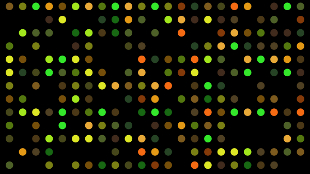 Wikimedia, GuillomThe common belief that cells have similar total amounts of messenger RNA (mRNA)—a notion that underpins researchers’ interpretations of global gene expression analyses—is not true, according to a report out this week (October 25) in Cell. Gene expression analysis is now one of the most commonly used methods in biology, and the findings could call into question the interpretation of a broad range of published studies.

“We then realized that the common assumption that cells contain similar levels of mRNA is badly flawed and can lead to serious misinterpretations,” Jakob Lovén, a postdoc in Young’s lab, said in a press...

Indeed, the study may lead biologists to reappraise old research that relied on gene expression analysis, if that proves possible, said David Orlando, another scientist in the Young lab. “There are over 750,000 expression datasets in public databases, and because they generally lack information about the cell numbers used in the analysis, it is unclear whether they can be re-examined in order to validate the original interpretation,” he said in the press release. “It may be necessary to reinvestigate some important concepts.”

The team does, however, suggest a solution for future gene expression studies: use synthetically produced mRNAs—known as RNA spike-ins—as standardized controls to compare with experimental data and to eliminate erroneous assumptions about total RNA.