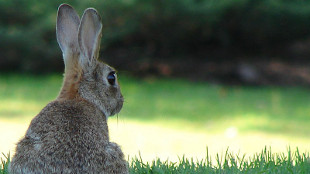 Wikimedia, MasterukWild animals harbor and transmit the most infamous and life-threatening drug-resistant germ, methicillin-resistant Staphylococcus aureus (MRSA), according to a study published this month (October 1) in the Journal of Wildlife Diseases, which identified the deadly superbug in two wild rabbits and a shorebird.

“[MRSA] can move all over,” epidemiologist and senior author of the study Tara Smith of Iowa told KCRG, a local ABC affiliate in Iowa. “It extends beyond your typical human environment: hospitals, gyms, homes. It can also be in the wild environment,” she added, and “animals can be reservoirs and transmit it to people.”

In the study, researchers surveyed 114 animals from the Wildlife Care Clinic at Iowa State University in Ames, and found that seven animals carried non-drug resistant S. aureus, including owls, a beaver, a heron, and a squirrel. In addition, three animals tested positive for MRSA. Researchers had previously isolated...

S. aureus is commonly found on human skin and can cause opportunistic infections that are easily treated by antibiotics. But MRSA, which is associated with misuse of antibiotics in clinical and farm environments, is more difficult to treat and often dwells in hospitals, killing 18,000 Americans a year—and the number of MRSA infections continues to rise.

The new finding begs the question of how wild animals encounter MRSA. Genetic testing indicated that the bird’s MRSA strain was similar to that of hospital-derived drug-resistant bugs, while the rabbits carried strains from other human-derived sources, such as farms. Though tracing MRSA through the environment is technically difficult, many scientists speculate that drug-resistant germs from farms or clinics could spread through sewage, water runoff, or trash.