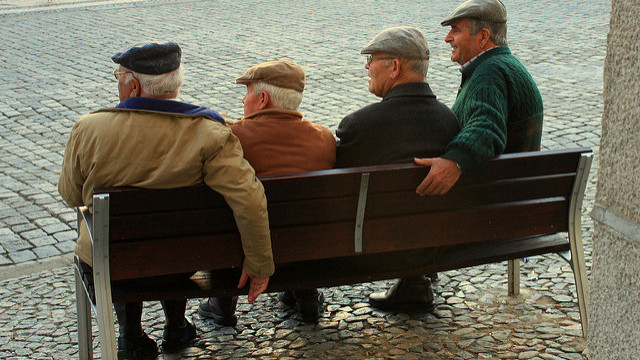 FLICKR, GABRIEL ROCHANailing down genetic factors linked to longevity in humans has proven challenging, but a new study points to a deletion involving growth hormone receptor gene’s exon 3 (d3-GHR) as possibly playing a significant role. Among 841 people from long-lived populations, the proportion of individuals carrying two copies of d3-GHR increased with age. The effect was specific to men, who lived some 10 years longer than those without the mutation. The results were published Friday (June 16) in Science Advances.

With the d3-GHR deletion, “you still have a functional protein that now makes people live longer. I think this is phenomenal,” study coauthor Gil Atzmon, a geneticist at the Albert Einstein College of Medicine and the University of Haifa in Israel, told Gizmodo. He adds that the fact that he and his colleagues saw the same pattern across four different populations (Ashkenazi Jews, Old...

“The results look convincing to me,” Ali Torkamani, the director of genome informatics at the Scripps Translational Science Institute in La Jolla, California, who was not involved in the study, told The New York Times.

Interestingly, Atzmon and his colleagues found that the men with two copies of the d3-GHR deletion were on average one inch taller than other men—the opposite what they had expected. The researchers suspect that the mutation somehow amplifies the receptor’s response to surges in growth hormone, such as during pubertal growth spurts, while at the same time limiting such responses to growth hormone in adulthood, causing cells to divide more slowly—thereby slowing aging.

The results call into question the practice of prescribing growth hormone in the hopes of restoring or maintaining a more youthful body, study coauthor Nir Barzilai, a geneticist at Albert Einstein College of Medicine, told The New York Times. “We’re worried about giving treatments that probably are going to do the opposite.”