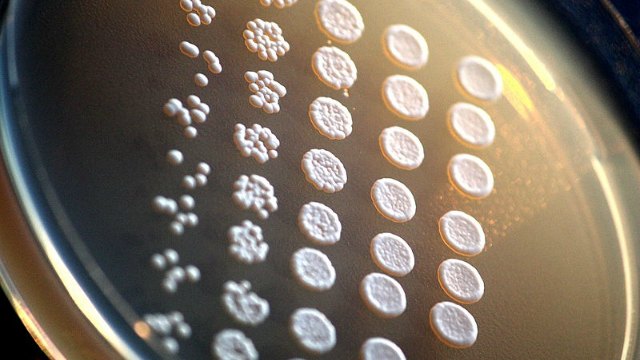 WIKIMEDIA, RAINIS VENTAHaving a genetic defect isn’t a guarantee that a faulty phenotype will follow. In some cases, a suppressor mutation—variation in a different gene—can block the otherwise untoward consequences of another mutation. In a yeast genetics study published in Science today (November 3), scientists show that such suppression often occurs by genes with related cellular duties.

“We’ve uncovered fundamental principles of genetic suppression and show that damaging mutations and their suppressors are generally found in genes that are functionally related,” coauthor Charles Boone, who studies genomics at the University of Toronto, said in a press release. “Instead of looking for a needle in the haystack, we can now narrow down our focus when searching for suppressors of genetic disorders in humans. We’ve gone from a search area spanning 20,000 genes to hundreds, or even dozens.”

Boone and colleagues combed through the yeast literature to build a network...

Most of the suppression interactions they assembled were previously unknown connections between the genes, “thus providing new information about the functional wiring diagram of a cell,” the authors wrote in their report.

“We don’t really understand why some people with damaging mutations get the disease and some don’t,” coauthor Frederick Roth of the University of Toronto said in the statement. “Some of this could be due to environment, but a lot of could be due to the presence of other mutations that are suppressing the effects of the first mutation.”