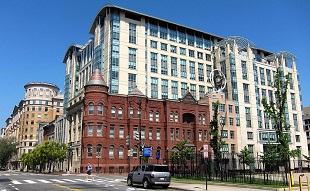 WIKIMEDIA, AGNOSTICPREACHERSKIDGene drive is a method of stimulating the spread of particular genes through a population, often using CRISPR-based editing technology. In light of the increasing feasibility of deploying such technology, the US National Academies of Sciences, Engineering, and Medicine yesterday (June 8) released a report advising on the responsible use of gene drives. The report’s authors concluded that carefully controlled field trials could proceed, but noted that modified organisms are not yet ready to be released into the environment.

“The potential to reduce human suffering and ecological damage demands scientific attention,” Vanderbilt University’s Elizabeth Heitman, who helped lead the National Academies-appointed committee, told The New York Times. “Gene drive is a fascinating area of science that has promise if we can study it appropriately.”

First conceptualized two years ago, gene drive introduced the tantalizing possibility of eliminating vectors of disease or invasive species. But it also highlighted...

And while many have welcomed the possibility of proceeding with trials, some have called the recommendations unwise given the inherent risks associated with the technology. “They assume you can safely run a contained field trial,” Kevin Esvelt of the Sculpting Evolution Group at MIT told the New York Times. “But anytime you release an organism with a gene drive system into the wild you must assume there is a significant chance that it will spread—globally—and factor that in.”