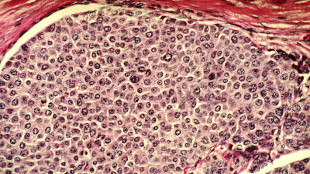 WIKIMEDIA, NCIAs the population of the U.S. grows and the average citizen lives longer, the total number of breast cancer cases among American women could be as much as 50 percent greater in 2030 than it was in 2011, according to a new forecast by the National Cancer Institute (NCI). NCI biostatistician Philip Rosenberg presented the findings yesterday (April 20) at the annual meeting of the American Association for Cancer Research (AACR) being held in Philadelphia.

Rosenberg explained that he NCI model predicts that the proportion of estrogen receptor (ER)-positive, in-situ breast cancer may rise from 19 percent to 29 percent, while rates of ER-negative breast cancer diagnoses will plateau or decrease. “Our estimate is that the total number of diagnoses of breast cancer in the U.S. will increase by about 50 percent by 2030,” he said during a press conference announcing the results. “The one silver lining is...

The total number of new breast cancer cases in the U.S. will likely increase from 283,000 in 2011 to 441,000 in 2030, according to the NCI model, which incorporated data from the agency’s own cancer surveillance program, population projections from the Census Bureau, and mathematical models designed to forecast trends in cancer diagnoses. Because the US population is aging, the sharpest increase will occur in women over the age of 70, Rosenberg said, with 70- to 84-year-old women with breast cancer accounting for 24 percent of all cases in 2011 and 35 percent of all cases in 2030.

While he did not offer any underlying biological reasons for the projected trends in breast cancer rates during the press conference, in the statement, Rosenberg did offer a potential explanation for the decrease in ER-negative tumors. “The reasons for this decline remain unclear, but there are intriguing clues,” he said. “For example, early age at first birth in the absence of breast-feeding is a particularly strong risk factor for early onset of ER-negative tumors. We know that in recent years, women have been delaying births and breast-feeding more often, both of which might partly explain the decline in this type of breast cancer.”

“This prediction of fewer ER-negative tumors does create great research opportunities,” said Georgetown University cancer researcher Louis Weiner, who was not involved with the research.