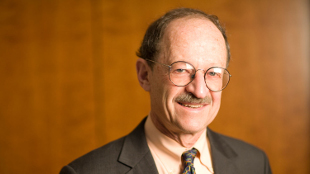 Harold VarmusNCINational Cancer Institute (NCI) Director Harold Varmus is stepping down from his post at the end of this month, the agency announced yesterday (March 4). He has held the position since July 2010. Douglas Lowy, NCI’s deputy director, will become acting director of the agency beginning April 1.

“I take this step with a mixture of regret and anticipation. Regret, because I will miss this job and my working relationships with so many dedicated and talented people,” Varmus wrote in a March 4 letter to NCI staff. “Anticipation, because I look forward to new opportunities to pursue scientific work in the city, New York, that I continue to call home.”

In a March 3 letter to President Barack Obama, Varmus wrote: “The past five years have not been easy times financially for biomedical research, including cancer research, but they continue to be extraordinarily promising scientifically.”

Update (March 5): After this post was published, Weill Cornell Medical College announced Varmus will become the school’s Lewis Thomas University Professor of Medicine beginning next month. In his new role, Varmus will collaborate on cancer research with investigators at the New York Genome Center. “This is a remarkable time in cancer research,” Varmus said in a statement. “Technological advances have enabled scientists to conduct comprehensive genomic studies that are revealing detailed portraits of cancer cells, sparking new opportunities to develop next-generation therapies, diagnostics and prevention strategies. I’m excited to join Weill Cornell Medical College and the New York Genome Center.”