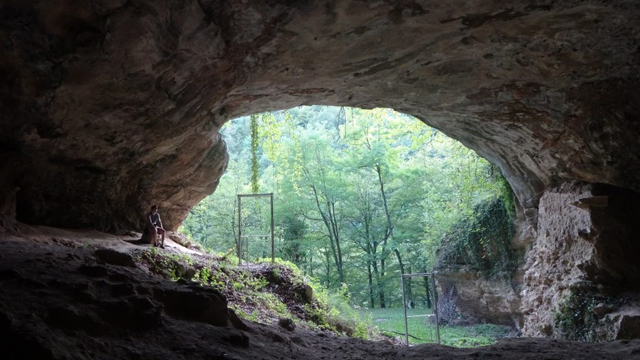 The Vindija cave in Croatia where some of the Neanderthal remains were discovered.M. HAJDINJAKThe genomes of five Neanderthals who lived roughly 39,000 to 47,000 years ago are offering researchers insight into the life history of the ancient hominins. New findings, published yesterday (March 21) in Nature, suggest that those individuals split from an older Neanderthal ancestor from Siberia approximately 150,000 years ago, and that the species experienced was a major population turnover around the end of its history.

Mateja Hajdinjak, an evolutionary biologist at the Max Planck Institute for Evolutionary Anthropology in Germany, and her colleagues sequenced the genomes of the five Neanderthals from bones and teeth found in Belgium, France, Croatia, and the Russian Caucasus. Previously, only four Neanderthal genomes had been sequenced—the new analysis brings the total to nine.

Comparing the new sequences to the genome of another Neanderthal from the Caucasus region revealed that,...

“We are now starting to have Neanderthal data from so many individuals that we can get a real picture of the genetic diversity within the species,” Morten Allentoft of the University of Copenhagen who was not involved in the study tells videnskab.dk (translated from Danish with Google Translate). “The study clearly shows that there was a geographical population structure (different characteristics of people in different geographic areas) in Neanderthals, just as we see it at Homo sapiens.”

The researchers note in the paper that the finding suggests “gene flow affected the ancestry of modern human populations more than it did Neanderthals.” However, they say, the sample of only five genomes is small and therefore human-to-Neanderthal gene flow cannot be excluded.