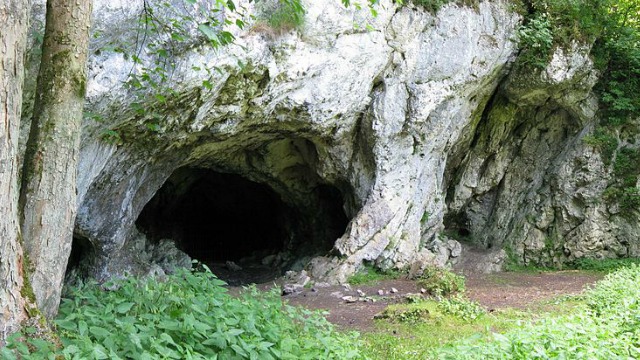 The Hohlenstein–Stadel cave in Germany, where the Neanderthal femur was foundWIKIMEDIA, THILO PARGAn analysis of a Neanderthal femur found in a German cave suggests that species was mixing it up with humans more than 270,000 years ago, researchers reported yesterday (July 4) in Nature. The authors compared mitochondrial DNA from the femur to mitochondrial DNA from other Neanderthals’ bones and modern humans, finding that it was more similar to the latter. They also dated the bone to about 124,000 years ago.

The result was puzzling, as modern humans were thought to have established themselves on continents outside Africa much more recently—about 70,000 years ago. Study author Cosimo Posth of the University of Tübingen in Germany tells the New York Times that early members of our own species may in fact have left Africa and bred with Neanderthals more than 270,000 years ago.

“We are realizing more and...

Previous work has established that these gene swaps were a two-way street, with modern humans retaining genetic traces—some of them adaptive—of our Neanderthal ancestors

“There is this joke in the population genetics community—there’s always one more interbreeding event,” researcher Sergi Castellano, a population geneticist at the Max Planck Institute for Evolutionary Anthropology in Germany who was not involved in this study, told Nature last year. He predicted, “as more early modern humans and archaic humans are found and sequenced, we’re going to see many more instances of interbreeding.”