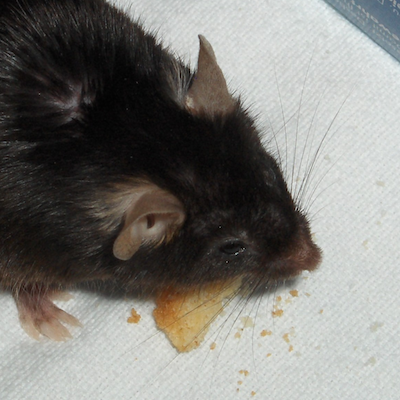 WIKIMEDIA, WUALEXA team led by researchers in China and the U.S. has found that stimulating a serotonin receptor in dopaminergic neurons can correct binge-like eating behavior in mice, according to a study published today (August 8) in Biological Psychiatry.

Previous studies have suggested that a dysfunction in the serotonin or dopamine systems in the brain could be promote binging, study coauthor Yong Xu of Baylor College of Medicine in Houston, Texas, said in a statement. “However, mechanistically, there’s no direct evidence to show how this system affects behavior.”

Xu and colleagues’ study is the first to uncover these molecular connections in mice. To do so, the scientists first trained mice to binge eat. The animals ate normal chow six days a week, and high-fat chow on Mondays—“binge days.” These mice indulged in far more of the fatty chow on binge days than did animals that had consistent...

When the team injected the mice with lorcaserin, a serotonin mimic that the US Food and Drug Administration approved for the treatment of obesity in 2012, the binge-eating mice scaled back the amount of high-fat chow they consumed by about a third. The effect was dose-dependent, however: 6 milligrams of lorcaserin per kilogram of body weight was most effective, the team found.

“Together, our results provide compelling preclinical evidence for lorcaserin for the treatment of binge eating,” the authors wrote in their paper.