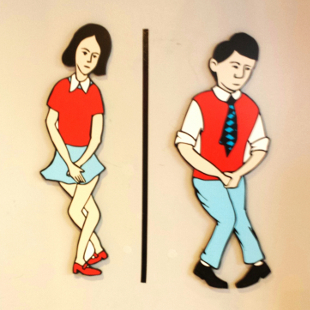 FLICKR, MIKE LICHTResearchers at the University of Southern California (USC) and Loma Linda University incidentally discovered the parts of the brain that control the tightening of the all-important, pee-holding pelvic floor muscles, and identified a number of other muscles throughout the body that flex in concert, according to a study published earlier this month (October 8) in the Journal of Neuroscience.

“We knew that pelvic floor muscles contract involuntarily in healthy people to make sure they don’t accidently urinate, but we didn’t know what part of the nervous system was doing this,” coauthor Jason Kutch, an assistant professor in the Division of Biokinesiology & Physical Therapy at the USC Ostrow School of Dentistry, said in a press release. “Now we know that there are specific brain regions controlling involuntary pelvic floor contraction.”

Kutch and his colleagues were studying chronic abdominal and pelvic floor pain when they discovered...

“We hope that this vein of research will help us to find the causes of chronic pelvic floor pain, which disproportionately affect women, and may even yield information that could help people struggling with incontinence,” Kutch said.