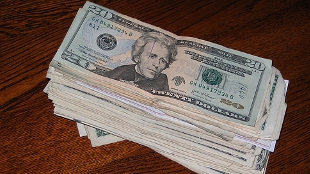 Flickr, jollyUKSidney Gilman, former chair of the neurology department at the University of Michigan Medical School, has been sued by federal authorities for providing a hedge fund information about clinical trials for an Alzheimer’s drug under development by Elan and Wyeth that led to the fund dumping stocks and making more than $270 million.

The man at the head of the investigation is Mathew Martoma, a portfolio manager at hedge fund firm SAC Capital Advisors, although prosecutors are also looking into wrongdoing by the company’s owner Steven Cohen. Martoma is charged with making trades based on information from Gilman.

Preet Bharara, the United States attorney who brought the case to court, called the transaction “the most lucrative insider trading scheme ever charged,” in an interview with The New York Times.

Correction (November 26, 2012): Sidney Gilman is a former chair of the neurology department at the University of Michigan Medical School, rather than a current chair, as was written.  The Scientist regrets the error.