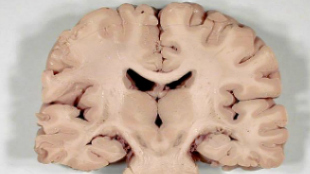 WIKIMEDIA, JOHN A. BEALAccording to survey data from the Centers for Disease Control and Prevention released today (March 27), one in 68 eight-year-olds in the U.S. has an autism spectrum disorder. That’s nearly double what was estimated a decade ago. It’s not entirely clear why, but researchers are getting closer and closer to understanding the neural roots of autism. In a study published today in the New England Journal of Medicine, researchers from the University of California, San Diego, and their colleagues examined the brains of 22 children who died. The team found that kids who had autism were far more likely to have had disorganized patches of cortical neurons than those who didn’t have the disorder.

Given that the cortex takes shape prenatally, the researchers interpreted their findings as a sign that the brain changes leading to autism begin in utero. “If this new report of disorganized...

The cortex is normally ordered in distinct layers of neurons, but 91 percent of the autistic children had small regions in their brains where genetic markers of these layers were absent. In comparison, just 9 percent of the kids without autism had these regions of disorganization. The patches were about five to seven millimeters in length and spanned several layers of cortical neurons. “The most surprising finding was the similar early developmental pathology across nearly all of the autistic brains, especially given the diversity of symptoms in patients with autism,” coauthor Ed Lein of the Allen Institute for Brain Science in Seattle said in a press release.

Stanley Nelson, a geneticist at UCLA, told NPR that the results add to the evidence that autism begins before birth. “The overwhelming set of data is that the problems are existing during brain development, probably as an embryo or fetus,” he said.