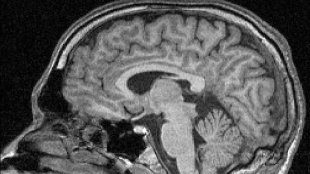 It’s the stuff of science fiction: brain scans that can reveal when people are lying, or genetic analyses that predispose people to criminality. But according to a new UK Royal Society report, such neuroscience techniques aren't ready for the courtroom and should stay in the lab  for now.

Functional magnetic resonance imaging (fMRI) currently can’t reveal whether a person is deliberately lying, and would be absolutely useless against witnesses who think they are telling the truth but are mistaken, University of Cambridge experimental psychologist Nicholas Mackintosh, who headed the working group that produced the report, told ScienceInsider. The subtleties of the scientific conclusion run the risk of being glossed over by jurors who are overly impressed by a brain scan, he added.

But the report isn’t gloomy about all neuroscience in the courtroom. Brain scans may help courtrooms decide whether brain injury in children...

And genetic data could theoretically help guide sentencing in the future, by helping to identify which criminals are at higher risk of re-offending, the report noted. For instance, studies have shown that many violent criminals who were abused as children have a variant form of the monoamine oxidase (MAO) gene. It's speculated that those with the variant may be more likely to commit future crimes, and thus may best be hit with a longer stint in jail. Even that, however, runs the risk of being very inaccurate, Mackintosh said.