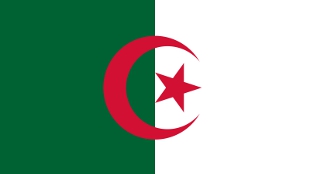 The Joint United Nations Programme on HIV/AIDS (UNAIDS) is teaming up with researchers in Algeria to launch to the region’s first ever HIV/AIDS research center, with plans to be operational by next year, Nature reported.

The project will be funded almost entirely by the Algerian government, with UNAIDS paying researcher salaries. The center will be located in Tamanrasset, which was selected because of its proximity to the country’s southern border, across which immigrants from 48 different African nations travel on their way to Europe.

HIV prevalence in Middle East and North Africa (MENA) is relatively low, but it’s growing quickly: the region has the second fastest rising incidence of HIV/AIDS, with the estimated number of HIV-positive adults and children increasing from 330,000 in 2001 to 580,000 in 2010, according to UNAIDS. (Eastern Europe and Central Asia has the fastest rate of increase.)

Scientists from Africa, Europe, and the United States will all contribute to the center’s research, which will focus on the treatment and prevention of HIV/AIDS. "The center will try to attract the best researchers working on prevention and treatment and will focus on robust exchange of information and collaborative research." Djamel Ould Abbès, health minister of Algeria, said the center's launch last month in Algiers.