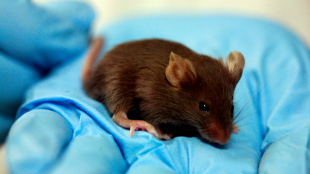 WIKIMEDIA, RAMAResearchers have found that a drug called Vacquinol-1 causes cancer cells to burst open, an achievement that represents “an entirely new mechanism” of killing cancer, according to the authors of the study, published in Cell this week (March 20). The drug prompted cells to over-develop vacuoles, become perfectly round, break apart, and die. “They have shown very exciting results,” said Ravi Bellamkonda, a neuroscientist at the Georgia Institute of Technology, in an e-mail to The Verge.

Bellamkonda pointed out that the levels of Vacquinol-1 used were “relatively high” and it's unclear whether side effects might emerge. “This said, enhancing survival by several fold in aggressive tumor models is encouraging,” he told The Verge. “I'd love to see more studies.”