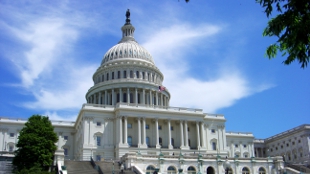 WIKIMEDIA, KMCCOYThe US Congress rolled out an omnibus $1.1 trillion spending bill on Monday (January 13) that would keep the government in operation through October. The bipartisan bill, which was authored by House Appropriations Committee Chairman Harold Rogers (R-KY) and Senate counterpart Barbara Mikulski (D-MD), slates $29.934 billion in funding for the National Institutes of Health (NIH), a $1 billion increase from the agency’s sequester-wracked 2013 budget.

Other government science agencies fare better in the new bill. The US Food and Drug Administration and the Centers for Disease Control and Prevention would both receive boosts to their 2014 budgets. But the National Science Foundation’s budget would be around $7.2 billion—$69 million less than the agency’s pre-sequester budget.

The bill’s failure to fully restore the NIH budget, and build it to reflect past annual increases, sticks in the collective craw of science advocates that lobby for such increases. “Funding for the National Institutes of Health has been kept well below the level of scientific opportunity,” Research!America President and CEO Mary Woolley said in a statement. “We must eliminate sequestration once and for all, and grow our investment in NIH in order to slow and halt the progression of diseases and disabilities ranging from Alzheimer’s to diabetes to traumatic brain injury. But as long as Congress avoids the primary issues fueling our national debt—tax and entitlement reform—it will be difficult to invest robustly in solutions to our problems.”

The Republican-led House is set to vote on the bill’s passage today (January 15). The House passed a short-term funding bill that extended the Senate’s deadline to finish the overall spending bill until Saturday (January 18).