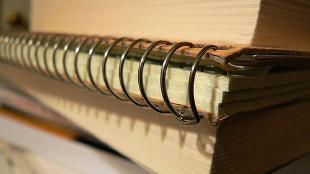 FLICKR, SA_KU_RAFacing up to a growing crisis of confidence over unreliable results, a group of psychologists have this week launched an new organization that aims to make the field more transparent and results more trustworthy, as well as to encourage other scientific fields to open up in a similar manner, reported ScienceInsider.

With an initial grant of $5.25 million from private supporters, the Charlottesville, Virginia-based Center for Open Science (COS) plans to “build tools to improve the scientific process and promote accurate, transparent findings in scientific research,” according to a press release. Its co-director is Brian Nosek, a psychologist at the University of Virginia and leader of the Reproducibility Project, which will attempt to replicate every study from three psychology journals published in 2008 to see how the findings stand up.

The center’s main project, the Open Science Framework, is a website that will allow scientists to share...

The center will also encourage scientists to register hypotheses and experimental designs before they collect data, and it is collaborating with the journal Perspectives in Psychological Science to publish results no matter how they work out—which should reduce the temptation to massage data to get positive results.

At the moment, most of the center’s collaborators are psychologists, but Nosek hopes to broaden the focus to other scientific fields in future. Noting the irreproducibility of much research in the biomedical sciences, John Ioannidis from Stanford University, a strong voice in favor of efforts to improve the reliability of scientific findings, told NERS that several such efforts are needed in a range of scientific fields.