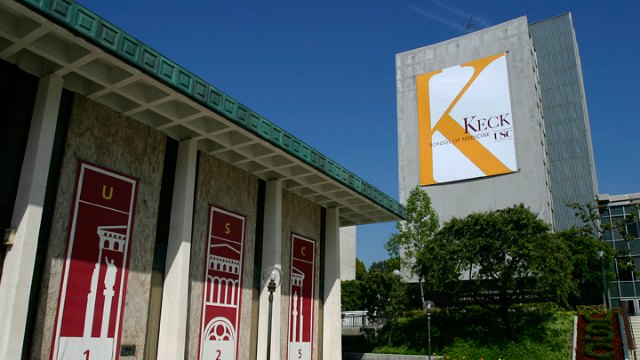 FLICKR, AARON LOGANOn Thursday (October 4), the University of Southern California (USC) announced that it had fired its medical school dean, Rohit Varma, the Los Angeles Times reports. Varma is the second dean USC has lost in recent history after revelations of misconduct.

In a statement quoted by the Times, USC provost Michael Quick says that the firing is related to information provided by “Los Angeles Times and the university’s own inquiry into the matter.” The Times was about to publish an investigative story about a case in 2003 in which Varma was disciplined for sexual harassment when USC made its announcement. As of Wednesday, the Times reported, “USC had told The Times it considered the matter resolved and that it remained confident in Varma.” But by Thursday, the university reversed its opinion.

“Based on previously undisclosed information brought to the university in recent days, USC leadership has...

Varma will be the second dean USC has fired or seen resign within the last two years. Carmen Puliafito, who was dean before Varma, resigned from his position as dean in 2016 after a 21-year-old woman overdosed on a date-rape drug in a hotel room with him. Yet he remained a faculty member.

This summer, the university fired Puliafito after the Times published an investigation delving into his misconduct, including illegal drug use and association with criminals. After that article appeared, “current and former faculty members contacted the newspaper to express concern that Varma was overseeing the medical school given the harassment finding,” the Times writes.

Promoting faculty who have acted inappropriately toward women “damages the credibility of schools who say they want to protect students and faculty from harm,” attorney Noreen Farrell, executive director of the national nonprofit Equal Rights Advocates, tells the Times. “Who your leaders are matters.”

In 2003, USC disciplined Varma after allegations that he sexually harassed a female researcher under his supervision, according to the Times investigation, which included interviews and reviews of confidential personnel records.

The researcher accused Varma of making unwanted sexual advances toward her at a 2002 ophthalmology conference they attended together and then “retaliating against her for reporting him,” the Times reports, based on its investigation. The university then paid the researcher more than $100,000 and temporarily blocked Varma’s progress up the professional ladder.

But Varma became a full professor in 2005, and was later promoted to chair of the ophthalmology department—by Puliafito, who was dean at the time. Then, in January of this year, Varma formally took over as dean.

“Candidates from top U.S. universities were in the running for the dean’s position, raising questions about why USC elected to follow Puliafito’s troubled tenure with the appointment of a faculty member previously found to have committed misconduct,” the Times writes.