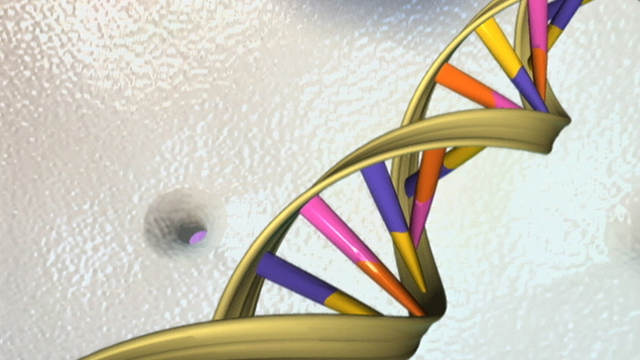 WIKIMEDIA, NATIONAL HUMAN GENOME RESEARCH INSTITUTEThe Broad Institute’s Feng Zhang began conceptualizing the use of CRISPR in human and mouse cells in February 2011—more than a year before Jennifer Doudna of the University of California, Berkeley, and others published their seminal in vitro work on the bacterial immune pathway, according to a priority statement filed earlier this year by the Broad. This key document in the ongoing patent dispute between the Broad and UC Berkeley was made available on the Broad’s website this week, STAT+ reported.

If Zhang’s group really was working on the eukaryotic use of CRISPR at that time, it challenges UC Berkeley’s argument in an ongoing patent interference case that his research was simply an extension of Doudna and colleague’s work in vitro. The documents suggest that the Broad “is prepared to offer proof that its scientists’ achievement in mouse and human cells was done without...

But the documents cannot prove that Zhang’s ultimate success in getting CRISPR to work in eukaryotes was not aided by Doudna’s results. Moreover, this timeline would only come into play if the panel of three judges at the Patent Trial and Appeal Board rule that the Broad’s patent overlaps with a provisional patent application filed earlier by UC Berkeley. And if that happens, this document could become part of a larger testimony, in which each researcher will have to describe their individual research timelines to the judges. “That’s when things could get potentially ugly,” New York Law School’s Jake Sherkow told STAT+.

While both sides anxiously await the court’s decision, open science advocate Aled Edwards of the University of Toronto argues that there shouldn’t be any patents awarded over this technology, CBC News reported. He claims that the original purpose of patenting academic discoveries was to make details about the innovations public, so that they could be further developed by other researchers into beneficial technological and medical advances. But CRISPR technology exploded without any help from patents. In fact, Edwards noted, most academic patents, including those awarded to CRISPR technologies, have ended up slowing discovery.

With regard to the CRISPR dispute, Edwards told CBC News that “it’s a terrible situation.” He added: “By filing patents and inhibiting corporations from using it, what they’ve done is dramatically slowed down discovery, slowed down the uptake of technology, slowed down its ability to make cures.”