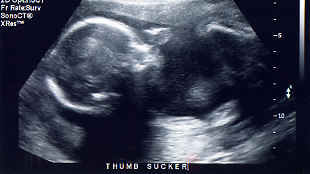 FLICKR, ABBYBATCHELDERCalifornia-based startup Natera this week (February 27) announced the launch of Panorama, a commercial test for chromosomal abnormalities with a sensitivity similar to riskier, more invasive methods, reported a Nature blog. The new test adds to a growing fleet of non-invasive genetic screens for pregnant women to detect chromosomal disorders in their unborn child. Performed on a drop of blood from the mother-to-be, the tests are a risk-free alternative to techniques like amniocentesis and chorionic villus sampling, both of which carry a risk of miscarriage.

Joining Verinata, Sequenom, and Ariosa, Natera is the fourth company to offer this type of product for women at high risk of having babies with Down’s syndrome and other genetic disorders. And with US health insurers such as Aetna and Wellpoint planning to cover the tests, the market could be worth billions.

Of the four tests currently available, Verinata’s verifi ($1,500) and Sequenom’s...

For the moment, most experts—and many of the companies themselves—still urge women who get positive DNA-test results to follow up with more conventional tests. That means invasive procedures and all the attendant risks, of course, but “you are limiting those invasive tests to only the high risk groups,” Joan Scott, a genetic counselor and executive director of the National Coalition for Health Professional Education in Genetics in Lutherville, Maryland, told the Nature blog.