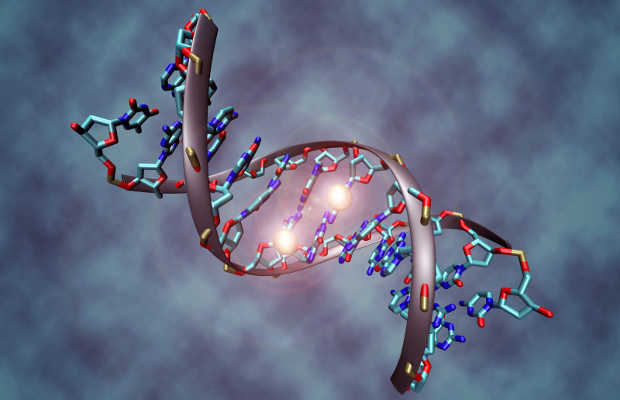 WIKIMEDIA, CHRISTOPH BOCKThe most well-studied epigenetic mark is methylation of cytosine, and in fact 5-methylcytosine (the attachment of a methyl group to the fifth atom in the six-atom ring, counting counterclockwise from the nitrogen at the bottom) was the only known type of methylation in mammalian cells, according to GenomeWeb. But researchers from Yale University have documented that mammalian adenine bases can also carry methylation marks. The team published its results this week (March 3) in Nature.

Adenine methylation, called N6-methyladenine, has long been known to exist in bacterial genomes, and was recently discovered in the DNA of some insects, worms, and plants, as well. Then last December, a U.K.-based research group found evidence that the epigenetic mark may also exist in adult human and mouse cells. Now, Yale’s Andrew Xiao and his colleagues have confirmed this finding in mouse stem cells, identifying N6-methyladenine about six...

“Adenine methylation in DNA was totally ignored for a very long time,” Gerd Pfeifer of the Van Andel Research Institute in Grand Rapids, Michigan, who was not involved in the study told Chemical & Engineering News (C&EN).

“I’ve spent a lot of time trying to figure out this difference,” Xiao told C&EN. “We need to do a lot more research before we can connect all the dots.”