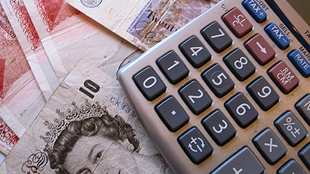 UK finance minister George Osborne announced last week (June 26) that the 2015–2016 science research budget would remain at £4.6 billion (about $7 billion) per year. The UK research budget has been frozen at that level since 2010, ScienceInsider reported. However, the yearly budget for capital spending on scientific facilities and hardware will increase from £0.6 billion ($914 million) to £1.1 billion ($1.7 billion).

Some members of the UK science community expressed relief that the science budget had been protected from the cuts that have been widespread in recent years. “In a difficult Spending Round, at a time of great economic challenge, we congratulate the Chancellor on maintaining investment in science and research,” Ted Bianco, acting director of the Wellcome Trust, said in a statement.

But many also pointed out that the budget gets effectively smaller each year as it remains flat in the...

Meanwhile, leaders of the European Union (EU) agreed on funding for Horizon 2020, the EU’s primary science research program, on June 27, according to ScienceInsider. That budget is separate from science budgets of individual member states, such as the UK. The program will receive a little more than €70 billion (around $91 billion) over 7 years.

That’s less than the €80 billion ($104 billion) the European Commission originally requested, but it’s an increase compared to the around €50 billion in funding Horizon 2020’s predecessor, Framework Programme 7, received between 2007 and 2013. But Framework Programme 7 got progressively more money each year, most recently receiving  €11 billion ($14 billion) in 2013, so the 2014 EU science budget will likely be lower than the 2013 EU science budget.