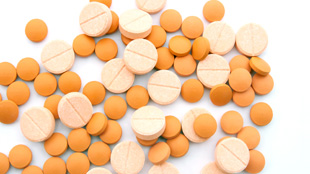 A new plan by the US Food and Drug Administration (FDA) to make the review process for new drugs more open and streamlined drew criticism by industry experts attending the annual Biotechnology Industry Organization’s convention, held in Boston this week.

Known as the “benefit-risk framework,” the agency’s proposal aims to improve the review criteria for new drugs by making the process more accessible to companies and the general public and less of a “black box,” as some in the industry have described it, The Boston Globe reported. It would also provide the first-ever formal and structured framework for reviewing drugs.

But the proposal is not without its share of skeptics. After attending one of the FDA panels at the conference, Vladimir Shnaydman, president of the life science consulting firm, Orbee Consulting, described the agency’s actions as “Kindergarten.” “They move too slowly, and this is very disappointing,”...

There has also been a debate about making the drug approval process more quantitative and reliant on data, with experts voicing the pros and cons of such a move. “Quantification can be useful in drug development to help structure go or no-go decisions,” Rebecca Noel, senior research scientist at Eli Lilly & Co., told The Globe. “But I don’t think any of us have reached the stage where we think quantification can make the decision on a regulatory review. It can help inform the decision, but not make the decision.”