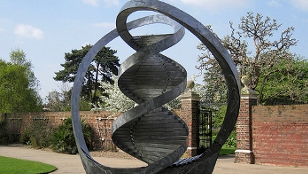 George Church, a sequencing pioneer now at Harvard Medical School and the founder of the Personal Genome Project (PGP), and colleagues have published a new resource to help researchers compare gene variants across individuals this week in the Proceeding of the National Academy of Sciences.

The project stems from work contributed by a number of collaborating institutions around the world to help interpret the gene variants found in the first 10 whole genomes sequenced for the PGP project, which plans to make personal genome sequencing more informative and accessible. Named Genome-Environment-Trait Evidence, or GET-Evidence, the software will help researchers identify previously unrecognized variants, and learn about the environmental factors that mayaffect them.

"Such integrated data means the PGP can provide common ground for many types of genome research," the authors write in the article.