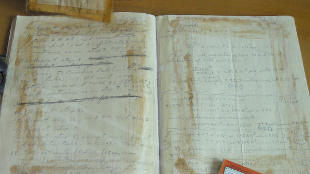 WIKIMEDIA, DADEROTThis week sees the birth of a new type of scientific journal, one that will publish not only study results and data, but also research ideas and proposals. It’s called Research Ideas and Outcomes (RIO). “We’re interested in making the full process of science open,” RIO founding editor Ross Mounce, a researcher at the Natural History Museum in London, told ScienceInsider. The journal officially launched Tuesday (September 1) and will begin accepting submissions in November.

The journal, which will be fully open access, seeks to connect potential collaborators at the front end of research projects rather than just publishing results of already-completed research. But not everyone in the science publishing game is bully on the new model. “I don’t see people sharing their research proposals,” open-access proponent Jeffrey Beall, a scholarly communications librarian at the University of Colorado, Denver,  told ScienceInsider. “Research is competitive...

RIO will also employ “optional peer review” in the interest of publishing some papers as quickly as possible. Authors will decide if they want their submission to go through the peer-review process after their manuscript is checked “to make sure the paper is not deeply unethical or a spoof,” according to Mounce.

Mounce added that submissions fees will be “affordable”—no more than a few hundred Euros. Fees will be waived for researchers who can’t afford to pay them.