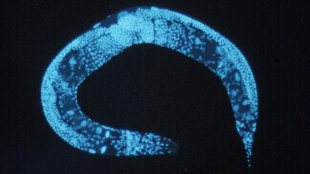 Apoptosis isn’t the only way to kill a cell, according to new research published today (February 23) in Science, in which researchers identified a gene underlying a new cell death pathway.

Cell death is an important part of life. It is critical for shaping developing organs and eliminating infected or dying cells, among other functions. The most well studied mechanism of cell death is apoptosis, which can be found in widespread organisms and tissue systems. But mice have been known to survive without key apoptosis genes, and certain cells of Caenorhabditis elegans worms undergo a death process that doesn’t require the caspases  and other known apoptosis genes, suggesting some other cell death process is at work.

Taking a closer look at the linker cells of C. elegans, whose death is an important part of the development of the male reproductive system,...

The researchers further noted that this linker-cell death pathway is morphologically similar to the neuronal death seen in certain neurodegenerative diseases. “Our results may therefore provide molecular inroads to understanding nonapoptotic cell death in metazoan development and disease,” the authors wrote.