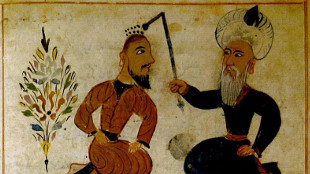 Early color illustrations of psychiatric treatment methods, as drawn by physician Serefeddin Sabuncuoglu (1385-1470).Wikimedia, Serafeddin SabuncuogluThe American Psychiatric Association’s (APA) board of trustees last week (December 1) approved the text for the fifth edition of the Diagnostic and Statistical Manual of Mental Disorders (DSM-5)—an instructional book for doctors to diagnose mental health illnesses. Although the board consulted more than 1,500 mental health experts while updating the content for the latest edition, which it started in 1999, the draft revision released in 2010 has met with considerable controversy.

Despite the “inevitable disagreements about some of the proposals, . . . [the manual] reflects our best scientific understanding of psychiatric disorders and will optimally serve clinical and public health needs,” APA President Dilip Jeste said in a statement. “Our hope,” he added, “is that the DSM-5 will lead to more accurate diagnoses, better access to mental health services,...

Among the controversies raised by the new guidelines was the APA’s decision to merge several autism-spectrum disorders into one classification, which critics claim could cause milder disorders in the spectrum to be overlooked. The fifth edition also includes the newly defined “disruptive mood dysregulation disorder,” which is aimed at stemming the diagnosis of bipolar disorders in children with sudden, violent tendencies. But critics claim that the new disorder lacks scientific justification.

Not all the controversial suggestions were upheld during the revision process, however: a proposed condition called “attenuated psychosis syndrome,” which was geared towards helping clinicians diagnose early signs of schizophrenia, was ditched after concerns that the diagnosis would be unreliable.

The new manual will be released in May 2013.