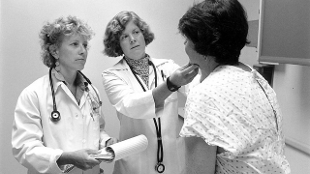 The current regulations for the protection of human subjects requires review from the IRB of each involved institution, but according to an NIH statement, such rules were published when the majority of clinical studies took place at just one site. With multi-site trials becoming more and more common—allowing researchers to fill trials more quickly as well as recruit more diverse patient populations—the agency decided it was time for a revise. The new guidelines propose that all NIH-funded, multi-site studies carried out in the United States should use a single IRB, with occasional exceptions made “if local IRB review is necessary to meet the needs of specific populations or where it is required by...

“Maintaining the highest ethical standards in the research we fund is of utmost importance,” NIH Director Francis Collins said in the statement. “By using single IRBs in multi-site studies, we reduce duplication of effort, speed the initiation of important research, and save time and taxpayer funds.”

“I believe this proposed policy is a step forward to reducing burdens associated with NIH-funded clinical research and enhancing the efficiency of the process while still ensuring protections of all the volunteers,” added Sally Rockey, the deputy director for extramural research at NIH, in a post on her Rock Talk blog.

The draft policy is open to public comments through January 29, 2015.