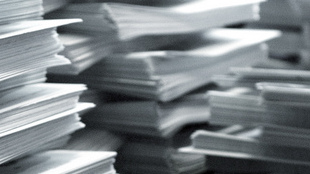 FLICKR, VALENTIN OTTONEWhile the National Institutes of Health (NIH) previously allowed those applying for research funds a chance to resubmit grant applications only once, last week (April 16) the agency announced that grant applicants that are unsuccessful a second time can resubmit again, this time as new, stand-alone proposals. The policy eliminates the need to show how the application has changed or responding to previous reviews for resubmission as a new application.

“While the new policy still allows a single resubmission per application, ideas that were unsuccessfully submitted as a resubmission (A1) may now be presented in a new grant application (A0) without having to substantially redesign the content and scope of the project,” NIH Deputy Director for Extramural Research Sally Rockey explained in an April 17 Rock Talk blog post. Moreover, she added, “reviewers will be instructed to review it as a new idea even if they...

As ScienceInsider reported, in the increasingly tight funding climate the agency’s old policy had become “especially hard on young investigators,” who often had to drastically alter their research trajectories, or even scrap promising approaches altogether, to try to secure grants.

Whether the policy change will help budding researchers has yet to be seen. But according to Howard Garrison, deputy executive director for policy at the Federation of American Societies for Experimental Biology (FASEB), NIH’s new rule is a step in the right direction. “The policy that allowed only two strikes was very harmful to early career investigators who were just learning their craft, and it was unfair to people who barely missed the payline,” he told Chemical & Engineering News, which noted that FASEB has lobbied against the agency’s previous policy for years.