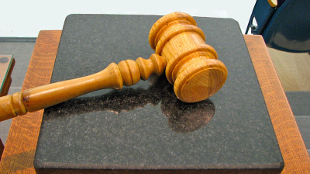 WIKIMEDIA, BILL BRADFORDKaushik Deb, a former postdoc in the lab of R. Michael Roberts at the University of Missouri (MU), has been found guilty of research misconduct by the Office of Research Integrity (ORI), according to a statement published yesterday (December 9) in the Federal Register. Based on both a MU investigation and review by the ORI, the government agency concluded that Deb “intentionally, knowingly, and recklessly fabricated and falsified data” in a now-retracted 2006 Science paper that challenged dogma by proposing that even two-cell blastomeres have an uneven distribution of the transcription factor Cdx2 that leads to distinct cell lineages.

In late 2006, MU opened its investigation into the matter, following an editorial expression of concern penned by then Science editor-in-chief Donald Kennedy, which noted that the results reported in the paper “may not be reliable.” Specifically, the inquiry focused on the paper’s figures, which appeared to...

The ORI’s investigation has now found Deb responsible for the altered figures, both in the published Science paper and a version of the manuscript that was submitted to Nature in the summer of 2005, according to agency’s report. Changes included “photo-manipulating confocal fluorescent images to falsely represent three-, four-, and six-cell embryos, thereby supporting the paper’s central premise that cells derived from a late-dividing blastomere would be positive for a transcription factor, Cdx2, while the cells derived from a leading blastomere would be Cdx2 negative.” Additionally, Deb apparently used photo-manipulation “to falsify and fabricate at least 13 panels of confocal image data,” so that they falsely supported the conclusions of the submitted manuscripts.

As a result of the ORI’s finding, Deb will be debarred from contracting or subcontracting with the US government and is prohibited from serving in any advisory capacity to the Public Health Service through November 17, 2017.