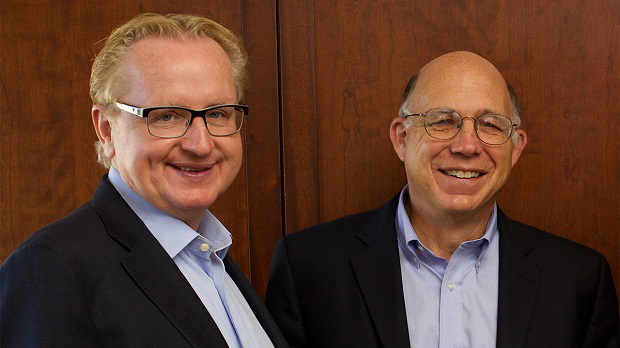 The Scripps Research Institute will be led by Peter Schultz (right) as CEO and Steve Kay as president.TSRI

Chemist Peter Schultz of the Scripps Research Institute (TSRI) will take over as CEO of the institution, while geneticist Steve Kay, formerly of TSRI and currently dean of the Dornsife College of Letters, Arts and Sciences at the University of Southern California (USC), will take the reins as president, the institute announced on Friday (September 18).

These personnel announcements come a little more than a year after former TSRI president Michael Marletta resigned following faculty disapproval of a proposed partnership with USC. The institute was also suffering a $21 million annual deficit at the time. In the interim, James Paulson, head of TSRI’s cell and molecular biology department, has served as acting president and chief executive.

“Pete [Schultz] has tremendous academic credentials, experience in commercialization and a vision of how to do bench-to-bedside research in an academic setting, while Steve Kay has shown proven leadership in recruiting top talent and fundraising,” added Patrick Griffin, a biochemist at the Scripps campus in Jupiter, Florida, who was also on the search committee. Indeed, just last fall, Kay successfully enlisted renowned structural biologist Raymond Stevens at USC, Nature noted; he was formerly employed by TSRI.

“The faculty, Pete, and myself are looking to the future and we’re not going to be bogged down or dragged back to those controversies of the recent past,” Kay told Nature.

Schultz will step into his new role immediately; Kay will begin as president-elect while he transitions from USC.