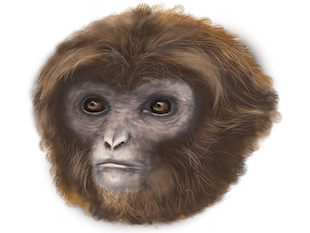 Pliobates cataloniaINSTITUT CATALA DE PALEONTOLOGIA MIQUEL CRUSAFONT, MARTA PALMEROA new human ancestor, a ruby-red seadragon, and a damselfly with a suggestive name are among the “top 10” new species discovered last year, according to a panel of scientists. The International Institute for Species Exploration (IISE) at the State University of New York College of Environmental Science and Forestry (SUNY-ESF), which selects 10 species from a list of about 18,000 discovered each year, announced its latest list today (May 24).

“In the past half-century we have come to recognize that species are going extinct at an alarming rate,” Quentin Wheeler, SUNY-ESF president and founding director of the IISE, said in the statement. “It is time that we accelerate species exploration, too. Knowledge of what species exist, where they live, and what they do will help mitigate the biodiversity crisis and archive evidence of the life on our planet that...

This year’s finalists include a new addition to the human evolutionary tree, a hominin called Homo naledi discovered in a cave in South Africa. The fossils contain the remains of at least 15 different individuals, making it the biggest collection of remains from a single hominin species discovered in Africa to date. Another primate on the list was a female ape nicknamed “Laia” (Pliobates cataloniae) that lived 11.6 million years ago, in modern-day Spain.

A number of arthropods made this year’s list. A new type of isopod (a crustacean that lives in water or on land) called Iuiuniscus iuiuensis was discovered in a South American cave and builds tiny shelters out of mud. A tiny beetle discovered in Peru (Phytotelmatrichis osopaddington) was named for a children’s book character “Paddington Bear.” These are joined by a new type of damselfly discovered in Africa last year (Umma gumma), named for is both a British slang term for sex and the title of a 1969 Pink Floyd album.

From the ocean emerged a new species of anglerfish discovered in the Gulf of Mexico, Lasiognathus dinema, with its characteristic “fishing pole” organ, has the honor of being one of the ugliest new species. Another marine animal on the list: a brilliant red seadragon sporting pink stripes discovered in Australia, called Phyllopteryx dewysea, is the third identified species of this seahorse relative.

Rounding out the top 10 are a new species of giant Galapagos tortoise, Chelonoidis donfaustoi; a carnivorous plant called a giant sundew (Drosera magnifica)—perhaps the first new species to be discovered in a Facebook photograph, according to the IISE; and a flowering tree called Sirdavidia solannona, which was hiding in plain sight in the Monts de Cristal National Park in Gabon.