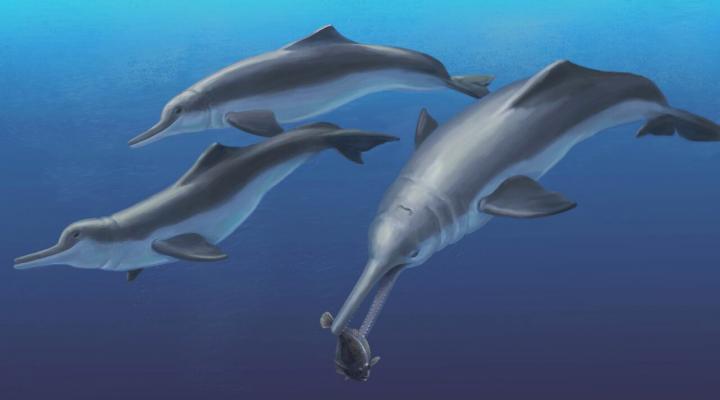 A 6 million-year-old dolphin-like fossil found off the Caribbean coast of Panama has now been dubbed a new species by researchers at the Smithsonian Institute. A detailed description of the fossilized skull fragments, teeth, jawbones, shoulder blade and flipper bones of Isthminia panamensis was published yesterday (September 1) in PeerJ.

“We discovered this new fossil in marine rocks,” study coauthor Nicholas Pyenson, curator of fossil marine mammals at the Smithsonian’s National Museum of Natural History, said in a statement. “And many of the features of its skull and jaws point to it having been a marine inhabitant, like modern oceanic dolphins.”

Although the ancient mammal likely lived in the ocean, the researchers concluded that I. panamensis’s closest living relative is the Amazon river dolphin; its fossilized remains may represent a key stage at which ancient dolphins made...

“Until now, the fossil record of river dolphins in this basin has not revealed much about their marine ancestry,” Pysenson said in the statement. “Isthminia now gives us a clear boundary in geologic time for understanding when this lineage invaded Amazonia.”

Correction (September 9): This article has been updated to correct the spelling of Nicholas Pyenson’s surname. The Scientist regrets the error.