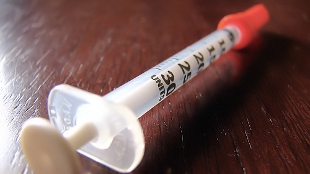 FLICKR, .:[MELISSA]:.A promising new tuberculosis vaccine failed to offer extra protection compared to the current vaccine when tested on infants, according to trial data published this week (February 4) in The Lancet. Although disappointing, the results do not rule out the possibility that the vaccine may work in adults or that similar vaccines currently in human trials may be effective.

Known as MVA85A, the experimental vaccine is designed to boost immune responses already primed by the only existing vaccine, called Bacille Calmette-Guérin (BCG). Researchers were hopeful the new vaccine would increase the protection offered by BCG, which wears off after a few years and does not protect against pulmonary TB—the most common form of the disease in adolescents and adults. In previous human trials, the MVA85A produced a powerful immune response in adults. But now, in a randomized Phase 2 trial carried out on some 2,800 healthy, BCG-vaccinated...

In the vaccine group, 13 percent of infants were infected with the TB bacterium over a 2-year period, and 2 percent developed active disease. In the placebo group, 12 percent were infected and 3 percent developed disease. “The vaccine induced modest immune responses against TB in the infants, but these were much lower than those previously seen in adults, and were insufficient to protect against the disease,” the University of Oxford’s Helen McShane, who developed the vaccine, said in a press release.

The results are disappointing, but the study does not consign MVA85A to the scrap heap. It may be effective as a booster to BCG to protect against pulmonary TB in adolescents and adults, for example, Christopher Dye of the World Health Organisation and Paul Fine of the London School of Tropical Medicine argued in an accompanying commentary.