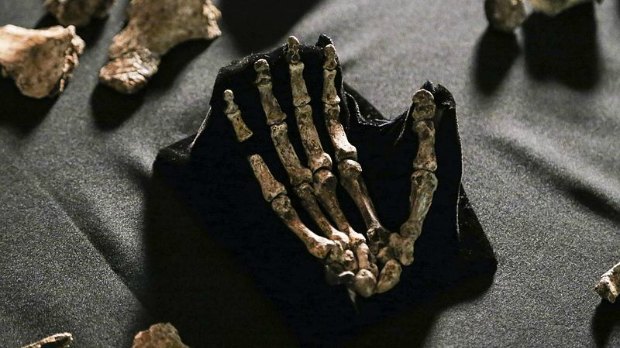 WIKIMEDIA, JOHN HAWKSLast year, anthropologists added a new member to the Homo genus, H. naledi, a human with a tiny head and feet similar to our own. At the time, the researchers didn’t pinpoint when H. naledi lived, but a study published in June pegs the age of the specimens to around 900,000 years.

“Our findings have a number of implications,” the authors wrote in the Journal of Human Evolution. “Most notably, they support the assignment of the new specimens to Homo, cast doubt on the claim that H. naledi is simply a variant of H. erectus, and suggest H. naledi is younger than has been previously proposed.”

As Science News reported, scientists had originally thought the bones belonged to humans who lived 1.5 million to 2 million years ago, based on the skulls’ similarities to those of other hominins. The new phylogenetic model employed a number of different...

According to Live Science, H. naledi’s predicted age means it may have coexisted with bigger-brained humans. “One of the questions the possibility of such diversity raises is, ‘Who made the stone tools we find in those parts of the Old World where we’ve got evidence for multiple species of Homo?’” Mark Collard, a biological anthropologist at Simon Fraser University, told Live Science. “I don’t think we can assume that it was just the large-brained Homo species necessarily.”

Still, other researchers say H. naledi may have lived further back in history. Matthew Tocheri, a paleoanthropologist at Lakehead University in Thunder Bay, Canada, who was not part of the new study, told Science News that H. naledi’s story may again be revised by “a good geological date.”