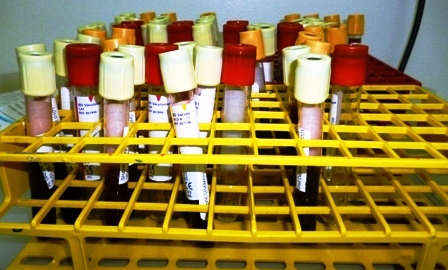 FLICKR, IQBAL OSMANUsing modern sequencing techniques to study blood samples taken more than 30 years ago, researchers have identified a new virus with similarities to hepatitis C and human pegivirus (formerly hepatitis G). Further analysis of more recent samples revealed that many of the people who were infected had cleared the virus. And even those who didn’t were apparently unaffected by the virus. The group published its results this week (September 22) in mBio.

While this elegant and valuable work serves to emphasize the power of modern deep sequencing technology in identifying new viruses, the role of this new virus in liver and other diseases remains to be elucidated,” virologist Michael Houghton of the University of Alberta in Edmonton who was not involved in the research told Science in an email. Virologist Amit Kapoor of Columbia University decided to examine the old blood samples, collected between 1974 and...

Sure enough, sequencing revealed the novel flavivirus, dubbed hepegivirus 1 (HHpgV-1). Now, Kapoor and his colleagues are working to develop an antibody to specifically test for HHpgV-1 and support further research into the virus’s function in the human body.

Meanwhile, other researchers are developing new platforms that can screen blood for a complete history of viral exposures. Just this week, for example, Columbia University virologist Ian Lipkin discovered a dengue infection in the blood sample of a man whose inflamed blood vessels had, until then, remained undiagnosed. “It wasn’t what we anticipated, but we didn’t have to make a priori decisions about what we planned to find,” Lipkin told The Atlantic.