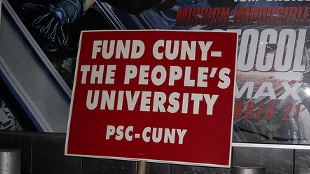 A public school system that educates some more than 150,000 students in New York City rolled out it plans for a new curriculum last June that streamlines requirements and reduces the cost of the degree, to the disappointment of faculty members who say science education, among other disciplines, will be negatively affected.

Last week, the faculty sued the City University of New York (CUNY) and its board, claiming that despite a 1997 agreement, the professors were not involved in key decision making regarding the curriculum. The faculty say that the initiative, intended to make transfer between colleges easier for students, will cut the number of science and mathematics classes, especially laboratory sections, which are difficult to standardize and often do not transfer.

CUNY asked the court to dismiss the charges on the grounds that it “has full authority to make academic policy...