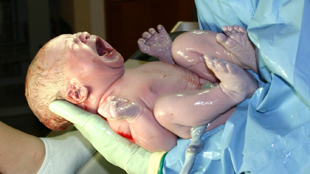 WIKIMEDIA, ERNEST FAbnormalities in the DNA of embryos account for the two-thirds failure rate of in vitro fertilization (IVF)—a procedure where eggs are fertilized by sperm in a dish, then later implanted in the uterus. Genetic tests exist to screen for embryos with chromosomal or genetic defects prior to implantation, but the tests are expensive and have drawbacks. Researchers at the University of Oxford have developed a relatively inexpensive next-generation sequencing technique that overcomes the limitations of previous tests, and has already been used in the IVF procedure that resulted in the birth of a baby boy in May. The research was reported Monday (July 8) at the annual meeting of the European Society of Human Reproduction and Embryology in London.

“Next-generation sequencing improves our ability to detect these abnormalities and helps us identify the embryos with the best chances of producing a viable pregnancy,” said Dagan Wells, a molecular geneticist at the NIHR Biomedical Research Centre at the University of Oxford, in a statement. “Potentially, this should lead to improved IVF success rates and a lower risk of miscarriage.”

The new screen helped Marybeth Scheidts, 36, and her husband David Levy, 41, of Philadelphia, achieve a successful pregnancy, resulting in the birth of their son, Connor Levy, in May. The couple had tried to conceive naturally for 4 years and had also tried artificial insemination.

“Anything that is so significantly going to impact pregnancy rates is going to become standard,” Michael Glassner, the fertility doctor at the Main Line Fertility Clinic where the screening procedure took place, told BBC News. He added that he thinks the test will become standard within 5 years.

“Our next step is a randomized clinical trial to reveal the true efficacy of this approach—and this will begin later this year,” said Wells in the statement.