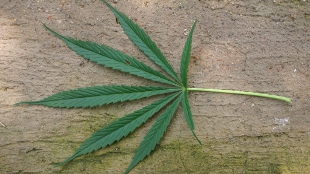 WIKIMEDIA, ROTATIONALMarijuana use may carry a number of risks, including addiction and memory impairment, according to a review of the scientific literature authored by the National Institute on Drug Abuse (NIDA). The authors of the review, published last week (June 5) in The New England Journal of Medicine, stressed marijuana’s potential harm to younger users, citing studies conducted on adolescents considering cognitive impairment, school performance, and social factors. “It is important to alert the public that using marijuana in the teen years brings health, social, and academic risk,” lead author and NIDA Director Nora Volkow said in a statement. “Physicians in particular can play a role in conveying to families that early marijuana use can interfere with crucial social and developmental milestones and can impair cognitive development.” The authors admitted, however, the existence of “inconsistencies” among these studies, with some showing that the...

The authors also discussed marijuana’s oft-cited role as a gateway drug, highlighting rodent studies that seem to support pot’s role in priming the brain for enhanced responses to other drugs. But they conceded that “an alternative explanation is that people who are more susceptible to drug-taking behavior are simply more likely to start with marijuana because of its accessibility and that their subsequent social interactions with other drug users would increase the probability that they would try other drugs.”

In the end, the authors called for more research into the potential costs and benefits of marijuana use, cautioning that whatever harm the drug does is likely to become more prevalent as medicinal and recreational pot prohibition erodes. “As policy shifts toward legalization of marijuana,” they wrote, “it is reasonable and probably prudent to hypothesize that its use will increase and that, by extension, so will the number of persons for whom there will be negative health consequences.”