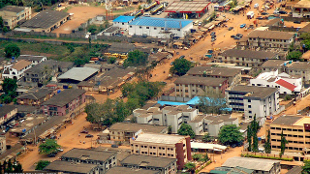 Lagos, NigeriaFLICKR, ROBERTAfter reports started appearing that a 40-year-old man in Nigeria died of Ebola in July, health officials were concerned that the deadly virus was spreading. But according to an announcement made yesterday (September 30) by the US Centers for Disease Control and Prevention (CDC), the coordinated efforts of doctors and health-care workers in Nigeria has contained the virus, with no new cases reported since August 31.

“For those who say it’s hopeless, this is an antidote—you can control Ebola,” CDC Director Thomas Frieden told The New York Times (NYT). All people in Nigeria known to have been infected with the virus have either died or recovered, with an impressive cure rate of 60 percent, NYT reported, and nearly everyone who had contact with an infected patient has cleared the 21-day incubation period.

Meanwhile, however, the epidemic rages on in Guinea, Liberia, and Sierra Leone,...

Moreover, with what resources are available being dedicated to Ebola, some worry that other diseases, such as malaria, could take hold. “The outbreak has virtually shut down malaria control efforts in Liberia, Guinea and Sierra Leone, raising fears that cases of the mosquito-borne illness may start rising—if they haven’t already,” Nature News reported.