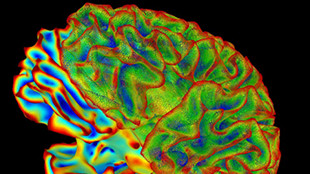 NIHBeginning in February, researchers can apply for National Institutes of Health (NIH) funding through President Obama’s BRAIN Initiative, which aims to generate a comprehensive picture of the human brain’s structure and function. This week (December 18), the agency announced  requests for applications (RFAs), soliciting projects on technology methods development, among five other “high-priority” research areas outlined by a planning committee earlier this year.

“We have an unprecedented opportunity to develop new technologies that will allow us to map the circuits of the brain, measure activity within those circuits, and understand how their interactions maintain health and modulate human behavior,” said NIH Director Francis Collins in a statement.

Speaking at the American Society for Cell Biology meeting held in New Orleans, Louisiana, this week, BRAIN Initiative planning co-chair Cori Bargmann said that one of the most important things to come from these funds will be “really using technology—not just...

Among the RFAs released by NIH this week are those covering the six “high-priority” areas, which were recommended by Bargmann and her colleagues in September. These areas include technology and methods development to enable a better understanding of the human brain—from studying individual neurons to imaging the entire organ.