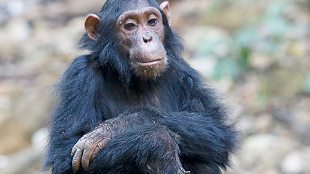 WIKIMEDIA, IKIWANERThe National Institutes of Health (NIH) should scale back its research involving man’s closest cousin, according to recommendations released this week (January 22) by an agency working group. This would involve sending most of the agency’s chimpanzees to federal sanctuaries and shutting down as many as half of the ongoing chimp studies.

Following a December 2011 report from the Institute of Medicine (IOM), which found that the majority of chimp research was unnecessary, NIH Director Francis Collins tasked his agency with evaluating its own research, determining which of its studies met the IOM report’s criteria for justifying chimp research. The working group reviewed 22 NIH-funded chimp projects and determined that half of them should be terminated.

Some projects, the group concluded, can continue, but even many of those should be modified to create better living spaces for the chimpanzees. According to the report, the animals should live in...

The group also encouraged the agency to retire most of its research chimps, retaining a colony of just 50 animals to support justified studies, and proposed the formation of a new NIH review committee dedicated to determining which chimp studies are warranted.

The group’s recommendations will soon be open for public comment for 60 days, then Collins will make his decision about the chimps’ fate. If he chooses to adopt the report’s recommendations, “clearly there is going to be a reduction in the use of chimps in research,” veterinary researcher K. C. Kent Lloyd of the University of California, Davis, who chaired the working group of the NIH Council of Councils, told reporters. “I don't believe that will be at the cost of research advances.”