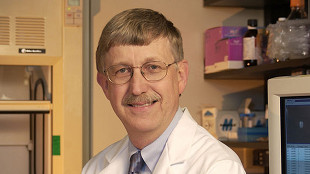 Politicians and other officials, including NIH Director Francis Collins, had gathered at a Committee on Appropriations meeting to discuss how federal agencies were dealing with funding cuts. But as the meeting wound down, Harris addressed Collins to complain about the study, which was published last month (February 8) in Tobacco Control.

“They allege that somehow the Tea Party had its origin in the 1980s with tobacco funding, which is pretty incredible because, I mean, I’m a Tea Party guy and I was there when it was established in 2009,” Harris said (see 1:52:30 in this recording of the meeting). He...

“I too am quite troubled by this particular circumstance,” Collins replied. He explained that the study’s author, Stanton A Glantz of the University of California, San Francisco, is a long-time NIH-funded tobacco researcher and had published great work in the past. When Harris asked whether Collins considered the recent paper to be one of these great works, Collins said that he did not.

But when Harris asked Collins what he would do to make sure such politically partisan work was not funded in the future, Collins replied that he struggled with the question. “The tension here is both to recognize that this is an unfortunate outcome but also not to put NIH in the position of basically playing a nanny over top of everything that our grantees do,” he said. “Because a lot of what they do that is more appropriate ends up being quite innovative.”

Glantz, for his part, was “very troubled” by Collins’s response to his work and said he did not have an agenda when he applied for the grant, which described research that would look at the influence of tobacco industry funding on policy-making. “We didn't go looking for the Tea Party,” he told ScienceInsider. “It emerged naturally in the course of the research.”