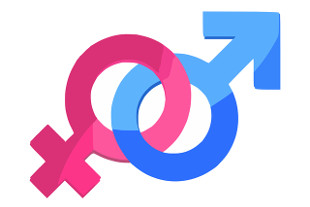 The US National Institutes of Health (NIH) will provide just more than $10 million in funding to 82 researchers at more than 60 institutions to examine differences between male and female subjects. The grants, which the agency announced this week (September 23), will support studies in areas such as drug addiction, immunology, and cardiovascular health.

An overreliance on male subjects is deeply ingrained in biomedical research. A recent analysis of the surgical literature showed that about 80 percent of studies only included males, while a 2011 examination of animal research revealed male bias in eight of 10 biological disciplines.

Researchers often exclude female animals to avoid the experimental variability introduced by female hormone cycles, but several studies have shown that these are not an issue for most types of research. Another major contributor to sex bias is the cost of experimenting on both male and female animals or...

“It’s an early first step we’re taking to encourage people to see the value of studying sex as a biological variable,” Janine Austin Clayton, associate director for women’s health research at NIH, told The New York Times. “What we are after is to transform how people think about science and therefore transform how science is done.”

This week’s announcement follows a May 14 comment in Nature, in which Clayton and NIH director Francis Collins unveiled a policy change, requiring grant applicants to plan studies on both male and female animals or tissues in preclinical research projects. The new rules will take effect starting in October.

“The crux of this whole issue is that an overreliance on male animals in preclinical basic research has the potential of obscuring sex differences that could guide clinical studies in humans,” Emily Goard Jacobs, a clinical neuroscientist at Harvard Medical School, told The Takeaway. “What’s at stake is not just the overall health of women, but—I would argue—the integrity of medical research as a whole.”