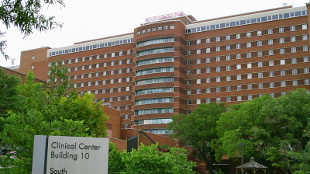 The NIH Clinical Center in Bethesda, Maryland, where stoppage of drug production could affect some 46 clinical trialsWIKIMEDIA, CHRISTOPHER ZIEMNOWICZLast week (June 4), the National Institutes of Health (NIH) stopped production of drugs for 46 clinical trials, which were being manufactured at its Pharmaceutical Development Section, after Food and Drug Administration (FDA) inspectors last month discovered fungal contamination in two vials of albumin, The Wall Street Journal (WSJ) reported. According to the WSJ, vials from the same batch were used on six patients, none of which have shown signs of infection, the NIH said.

“Out of an abundance of caution, we’ve suspended use of all these products,” NIH’s Lawrence Tabak told Nature News.

In addition to the fungus, the WSJ reported that the FDA inspectors found “a range of manufacturing defects, from flaws in the air-handling system to insufficient employee training to overall lack...

In an interview with the WSJ, NIH Director Francis Collins called the findings “distressing and unacceptable situation.”

“The fact that patients may have been put in harm’s way,” he added, “is deeply troubling.”