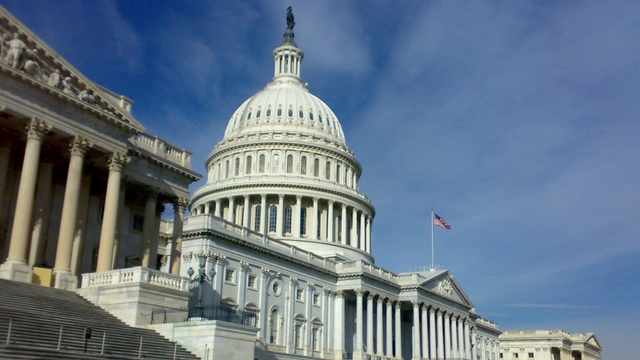 Collins and his colleagues credited the NIH for recent advancements in treating and managing disease, including sickle cell disease, cystic fibrosis, metastatic breast cancer, Ebola, and Zika. They also touted economic returns from federal research investments. For instance, Collins said the U.S. has seen a 1 percent drop in the death...

The $8 billion cut proposed by President Donald Trump would be the equivalent of cutting 5,000 to 8,000 grants, and would completely eliminate the Fogarty International Center—an NIH agency dedicated to preventing and mitigating disease outbreaks abroad—according to Representative Rosa DeLauro (D-CT). The economic repercussions, said Representative Nita Lowey (D-NY), would amount to losses of nearly 90,000 jobs and more than $15 billion in economic activity. “America would cede our global stature, and medical advances could be stalled,” said Lowey.

During the hearing, Lowey said the Trump administration has stated that “the private sector can pick up the slack, and that advances in innovation would not suffer,” as a result of the cuts. Responding to Lowey’s statement, Collins disagreed: rather, he said, leaders from the private sector rely on the NIH for basic science.

Most subcommittee members agreed with Collins and his colleagues, and multiple members referred to the need for biomedical research as a bipartisan issue.

“Everyone on this committee recognizes the importance of restoring purchasing power to the NIH,” said Chairman Tom Cole (R-OK). “Investment in the NIH has been the key driver in making the U.S. the world leader in biomedical research and has led to vast improvements in life expectancy and quality of life.”