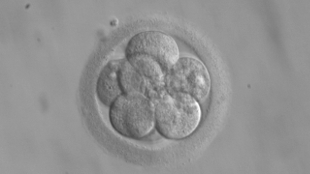 WIKIMEDIA, RWJMS IVF PROGRAMWhile the National Institutes of Health (NIH) supports the development of gene-editing technologies to produce knockout mouse models, develop new antimicrobials, and create HIV-resistant human immune cells, among other applications, the agency will not fund research seeking to edit human embryos, according to a statement released this week (April 29) from Director Francis Collins.

“The concept of altering the human germline in embryos for clinical purposes has been debated over many years from many different perspectives, and has been viewed almost universally as a line that should not be crossed,” Collins wrote. “Advances in technology have given us an elegant new way of carrying out genome editing, but the strong arguments against engaging in this activity remain.”

The statement was prompted by the publication of research in which scientists in China used the CRISPR-Cas9 system to edit nonviable human embryos, spurring much debate about the...

“I am not in favor of the NIH policy and I believe that the Chinese paper shows a responsible way to move forward,” David Baltimore, a biologist at Caltech, told Nature. “But it is the will of Congress that there be no work with human embryos, and I assume that means even ones that are structurally defective.”