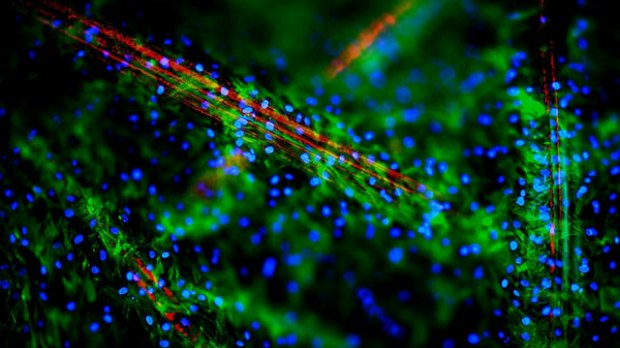 FLICKR, ENGINEERING AT CAMBRIDGEThe US National Institutes of Health (NIH) has outlined a proposal to lift a ban on funding human-animal chimera research—with conditions. “The policy proposes prohibiting the introduction of certain types of human cells into embryos of nonhuman primates, such as monkeys and chimps, at even earlier stages of development than what was currently prohibited,” NPR’s Shots reported today (August 4). Additionally, a committee would review certain experiments that involved, say, human brain tissue.

According to a blog post from Carrie Wolinetz, the associate director for science policy at the NIH, a steering committee would decide whether to fund research in two areas: human stem cells incorporated into nonhuman embryos...

“NIH is seeking public comment on the proposed scope of the chimera research to be considered by the NIH steering committee,” Wolinetz wrote. She added that the agency is also looking to strengthen its ban on breeding animals that have human cells contributing to their brain function and on putting human stem cells into preblastocyst nonhuman primate embryos.

Stuart Newman of New York Medical College likened the research to science fiction. “I think that we just can’t say that since it’s possible then let’s do it,” he told NPR.

Members of the public have until September 4 to contribute comments.